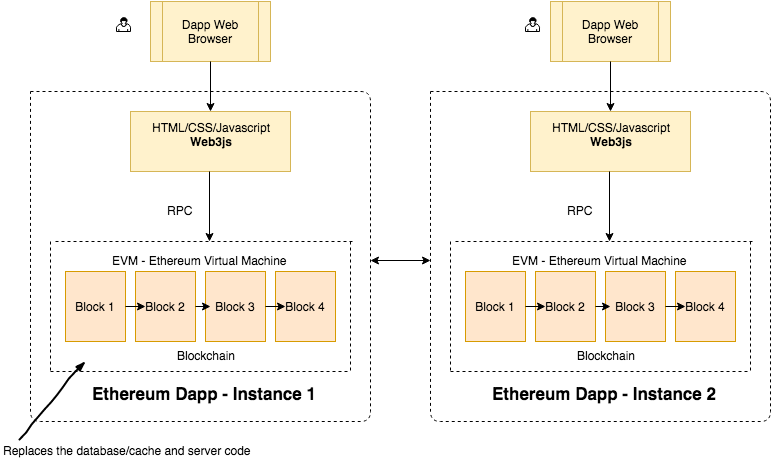 Ethereum is one of the most popular blockchain platform beyond bitcoin.

Ethereum made a smart contract system with its own currency called Ethereum. In this lecture, it gives us a good start to learn how to build a DApp with Ethereum.

In this lecture, it tells you the difference between ordinary Apps & DApps use the case of a website.

Ethereum platform provides a visual machine called “Ethereum Visual Machine (EVM)”. EVM is a decentralized visual machine, developers can deploy their code(smart contract) on the EVM. People can check the smart contract is changed or not.

In these lectures, we will learn how to build a Voting Dapp.

In Part 1, we can learn how to write and deploy a smart contracts on EVM, and how to interact with the contract through Node.js console and webpage. However, in Part 1, the EVM is run on the node on blockchain simulator not blockchain.

In Part 2, we learn how to deploy the smart contract on a public blockchain. Also, learn to Use the Dapp framework called Truffle to do it.

In Part 3, we can learn the concept of tokens and their usage.