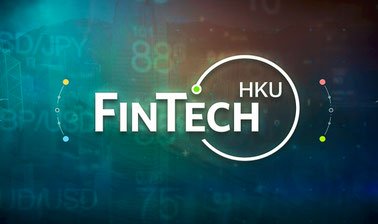 This course is from edX, scroll down & click “Read More” for more informations.

Over the past decade emerging technologies, paired with massive changes in regulations, have driven an unprecedented transformation of finance around the world. This process is happening more rapidly in China and Asia than anywhere else. This course is designed to explore FinTech fundamentals and help make sense of this wave of change as it happens.

New players such as start-ups and technology firms are challenging traditional players in finance, bringing democratization, inclusion and disruption. Companies engaged in social media, e-commerce, and telecommunications, as well as, companies and start-ups with large customer data pools, creative energies, and technical capacities, have brought competition to the existing financial infrastructure and are remaking the industry.

These transformations have not only created challenges but also unprecedented opportunities, building synergies with new business and regulatory models, particularly in emerging markets and developing countries. To meet these changes, 21st-century professionals and students must be equipped with up-to-date knowledge of the industry and its incredible evolution. This course – designed by HKU with the support of SuperCharger and the Centre for Finance, Technology and Education – is designed to enable learners with the necessary tools to understand the complex interaction of finance, technology and regulation.

In this course, through a series of video lectures, case studies, and assessments you will explore the major areas of FinTech including, beginning with What is FinTech before turning to Money, Payment and Emerging Technologies, Digital Finance and Alternative Finance, FinTech Regulation and RegTech, Data and Security, and the Future of Data Driven Finance, as well as, the core technologies driving FinTech including Blockchain, AI and Big Data. These will set the stage for understanding the FinTech landscape and ecosystem and grappling with the potential direction of future change.

Module 1 What is FinTech?

Module 6 The Future of Data-Driven Finance

Welcome to Introduction of FinTech

Introduction to FinTech is a six-week, six-module course. Each weekly module compiles 8-12 lesson units (or subsections). In addition to the main units of the lesson, there are also Industry Showcases highlighting examples and experiences. These include segments from the traditional financial services industry, startups, technology firms, and more.

The major learning activities within each lesson unit include: video discussions of major aspects, as well as continuous assessments in the form of Quick Check questions, Polling, and Word Cloud activities. In addition, there are a range of additional resources, including reports, studies, and useful links. There is a Conclusion Quiz at the end of each module to draw out the main messages.

Module 1 What is FinTech?

Module 1 introduces the evolution, context, opportunities, and challenges of FinTech. It highlights to students that FinTech should be defined by the user of technology as opposed to simply the fact of using technology (the ‘who’, not the ‘what’) so as to better understand why this industry is growing ever more rapidly and what opportunities and risks it creates.

References and Suggestions for Further Reading:

Module 2 introduces the spectrum of electronic and other means of payment, from the traditional (cash) to the most recent (Bitcoin and cryptocurrencies). It highlights to learners the evolutionary context as well as the transformative role of new technologies in both traditional payments as well as alternative money and payment systems and the role of these in our daily lives and in our broader economies.

In Module 2, learners will:

2.3 Developing Countries and DFS: The Story of Mobile Money

Please click the link to download the presentation slides for Video 2.4 Developing Countries and DFS: The Regulation of Mobile Money.

B. Additional Resource Insights for Video 2.4 Regulation of Mobile Money

In Module 3, learners will:

3.2 A Brief History of Financial Innovation

Industry Showcase: How AI is Transforming the Future of FinTech (Microsoft)

3.7 The Rise of Chinese TechFins

B. Additional Resource Insights for Module 3.4.1: How AI is Transforming the Future of FinTech

Module 4 addresses the range of regulatory considerations and approaches in the context of FinTech. It highlights the core regulatory objectives and the relationship between the post-2008 financial regulatory reform process and FinTech. It focuses in particular on the concept of RegTech – “regulatory technology” – and the RegTech ecosystem comprising financial institutions, startups, and regulators, and introduces “Smart Regulation” as the redesigning financial infrastructure and regulatory systems on the basis of new technologies, including Big Data, cloud, AI and blockchain.

In Module 4, learners will:

Industry Showcase: The Application of AI in Smart Regulation (Interview with John Craig from Mindbridge)

References and Suggestions for Further Reading

Module 5 discusses data, data regulation, data security and the emergence of TechFin. In focuses on both the opportunities as well as the risks and challenges arising from the process of digitization and datafication in finance, as well as policy and regulatory approaches and their implications for business.

In Module 5, learners will:

Module 6 The Future of Data-Driven Finance

Module 6 will bring together the various pieces of the course through a series of case studies. From this basis, it will seek to set the stage to consider future directions for FinTech.

In Module 6, learners will:

References and Suggestions for Further Reading

“Looking Back, Looking Forward” is a monthly segment launched in Jan 2020.

Each month, Professor Douglas Arner will discuss issues across the FinTech world – big and small themes, research topics and other topics of interest. Stay tuned for more.

Artificial Intelligence in Finance: Putting the Human in the Loop

This paper puts forth a regulatory roadmap for understanding and addressing the increasing role of AI in finance, focusing on human responsibility and suggesting that an effective path forward involves regulatory approaches in “putting the human in the loop” in enhancing governance and addressing “blackbox” issues.

The new paper can be found here on SSRN: